First, my lack of posting has been due to little substance. I've got a few projects on standby, like the waxing cheese experiment post for JUGM (I haven't forgotten you) and a few other practical prepping preparation exercises. I've tried posted on a daily basis, but after a while I really becomes a chore. I've also thought about closing down shop after three years, but I'm not ready for that either...call it a funk. 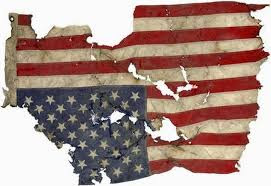 I'll step back into the political arena once again.

I took the day off so that I could go to the Cabot water park with my boys summer program, and while we were waiting I was introduced to the "would you rather..."game. Basically you offer two unpleasant choices, and you have to pick one. So, I'm surrounded by a small group of second through fifth graders and it's my turn. They say that the average reading level is on a fifth grade level, and the TV show are you smarter than a fifth grader was pretty popular, so I had my question in mind. "Would you rather have Donald Trump for President or Hillary Clinton". Hillary got the most votes, ergo I'm declaring Crooked Hillary the next POTUS. I'll be voting for Trump, which baffles my wife. Two facts: Protecting my Second Amendment rights and I believe that Donald Trump have the better intentions for America.No matter who wins, there will be protesting...

I'm still saddened that this is the best two candidates that our country has to offer.

If this is the case, then America deserves to collapse. Keep Right On Prepping - K
Posted by K 10 comments: