Today, I cleaned the refrigerator, inside and out. Couldn't be happier to throw away some clutter... 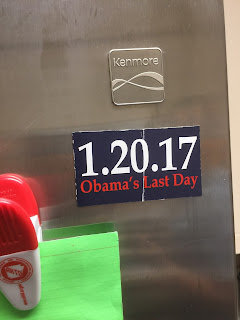 I'm glad the magnet is gone like last week's sweet potatoes, both need to be taken to the dump. I hope President Trump will clean up the stink in Washington DC like I cleaned my refrigerator. 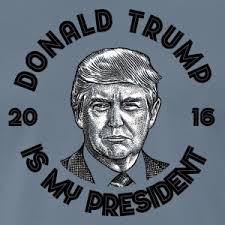 Inflation and The Pantry

A few days ago at my local store, I found that they had my toothpaste on sale for 10 for $10. I bought five to kinda restock my reserves, but was mildly surprised when I rotated my stock. The older toothpaste, that I had bought at $1.00/tube was 6.4 ounces and the new stock was a 4 ounce tube for the same price. Talk about inflation!

We also found a great sale on closeout canned pumpkin (expires Dec 2019) from the holiday season. 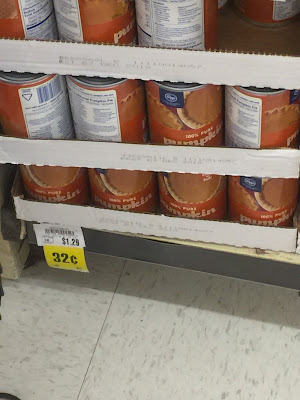 At 32 cents a can, I bought 24 cans for the pantry to supplement our 16 cans left over from last year's sale.
What do we do with all this pumpkin? Sweetheart makes these honey pumpkin muffins that the boys love.

I like to use combination locks for our gates for a few reasons. The big one is no key to lose and common codes. Also, if another group/family member needs to access the gates without you being there, a quick call can solve the situation. No key to hide nor to be found.... 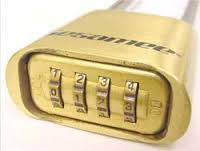 I also reset the lock to zero-zero-zero-zero after I lock it up. That way is someone has tried a few combinations, chances are the no-gooder won't reset it to my code. While locks only keep honest people out, I try to make my house more difficult than the neighbors. Thieves are lazy like that....

Email ThisBlogThis!Share to TwitterShare to FacebookShare to Pinterest
Labels: Security 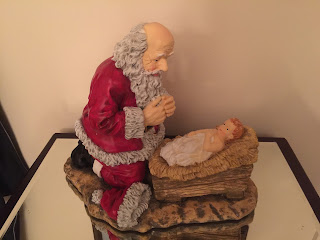 Hello! It's been a long while since my last post, but I have been very busy and accomplished my major task on December 29th, 2016. I passed my national registry exam for MRI with an 85. This means that I'll be able to work anywhere in the United States as an MRI technologist. My end goal is to work at the VA providing veterans with first class care and compassion. This last test is by no means the last step in my education, as my field requires continuing education. I have jokingly told Sweetheart that I would like to get a degree in history, and add another piece of paper to my office wall. A good friend and I will be taking our  HAM radio license this year. Now, I can study for fun stuff! 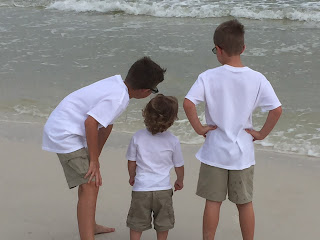 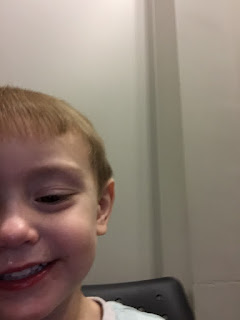 The kids are growing fast. The Doctor had his first real haircut after Christmas, and lost his curls. He is two and a half, and his vocabulary is exploding. He knows most of his colors and shapes, and figures things out rather too quickly like moving the chair to reach things that he wants. We are hoping that this is an indication of his intelligence. 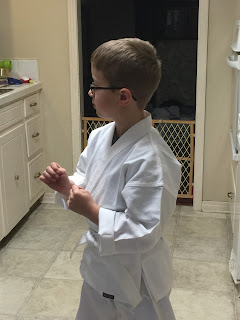 Red Ant with Pincers, our eight year old, has enrolled in martial arts, or Marshal's Art if you have Red Ant tell ya. He has show an interest for over a year through his after school program, and it was time to officially find him a Dojo to advance his skills. The Sensei is very good with kids, and doesn't nickle and dime the parents like ATA. Red Ant is currently being tested for the Talented and Gifted program for his school district for scoring in the 95th percentile on an abstract intelligence test given to all 2nd graders.

Row has been growing by leaps and bounds and stands at my shoulders now. He is still making all A's and made the Principal's List (again!) by the first semester. Only a few students make the list each quarter. He still shows a natural adapt at art, and encourage him to explore new formats.

Sweetheart and I will continue to co-lead our church's Dave Ramsey program to help people get out of debt and handle their finances. Sweetheart stills runs marathon and half marathons, and I'll be adding more movement to my lifestyle for a healthier me. The future of this blog will be less frequent, as I direct my energy towards more substance. I've got a series of posts in the think tank about long term hoarding, as Pioneer Preppy calls it. I'll also be doing another review for Ammo To Go on a battle pack of ammunition.

The dynamics of prepping haven't changed since a new President will be taking the reins this month, so now is not the time to become complacent. The fundamentals of our economy aren't any better, and the world seems to be spiraling into continued madness.