Just a small reminder that this is a great time to stock up on sale items for the survivalists, preppers, and sustainers.Check out those sale prices, and set a few things back for the future. You never know. 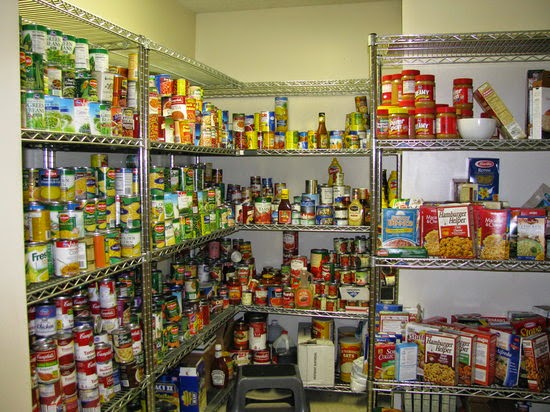 I like to buy canned pumpkin, sugar, canned cranberries, various canned fruits for pies, cream of chicken soup, cream of mushroom soup,and a few other non-perishable goods during this time of year. What do you buy that is on sale this time of year?

This was taken from Google News, which I consider very mainstream news. I've preached that America's technological advancement in warfare would also be a weak point if we lost it. Sun Tzu anyone? I've highlighted some points that I think are important. 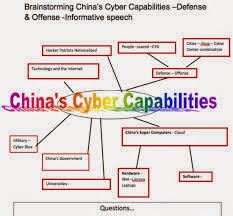 "China and “one or two” other countries have the ability to launch a cyber attack that could shut down the entire U.S. power grid and other critical infrastructure, the head of the National Security Agency (NSA) and U.S. Cyber Command told a congressional panel on Thursday.
Admiral Michael Rogers told the hearing that software had been detected in China that could significantly damage the nation’s economic future by interfering with power company networks and other critical systems.
Describing the malware, he told the House Intelligence Committee that: "It enables you to shut down very segmented, very tailored parts of our infrastructure that forestall the ability to provide that service to us as citizens."
"It is only a matter of the when, not the if, that we are going to see something traumatic," he added.
When asked by Republican representative for Michigan Mike Rogers, who chairs the intelligence committee, what other countries have this capability, the NSA director responded “one or two others,” but declined to name them for security reasons. "We're watching multiple nation states invest in this capability," he said.
According to cyber expert Caroline Baylon of thinktank Chatham House, the interconnectedness of power grids means that they are liable to “cascading failures”. As nearby grids take up the slack for the failed system, they become overloaded and they too fail in a chain reaction.
Rogers said that such attacks are part of “coming trends” in which so-called zero-day vulnerabilities in U.S. cyber systems are exploited.
A zero-day vulnerability refers to a hole in software that is unknown to the vendor, which can be exploited by hackers before the vendor becomes aware and hurries to patch it up. They are becoming an increasingly powerful weapon of cyber espionage as countries become more connected to the internet.
As well as espionage, there are also fears of cyber warfare. “Once an attacker finds an open vulnerability, he or she can get into the system,” Baylon told Newsweek. “This allows the adversary to place a 'backdoor' in that system, as China are doing in the U.S., which they can use to access that system again at a later date.”
"Whilst at present it is not in any country's interest to attack the power grid of another country, now is the time for countries to look for these vulnerabilities because this is when they are open,” she added. “It is a dangerous situation because a number of countries are looking for vulnerabilities in the power grids of other countries.”
A so-called ‘grey-market’ - a black market that isn’t strictly illegal yet - for zero-day vulnerabilities now exists, with companies like Vupen in France selling them to governments for use in espionage.
According to Baylon, the U.K and the U.S. are particularly at risk because they have a huge amount of critical infrastructure connected to the internet. Some countries however, like Russia, have clear government policy about being connected to the internet. “There is a huge asymmetry going on,” she said.
Russia is also regarded as having an aggressive cyber programme.
Rogers’s testimony comes shortly after the release of a report from the Pew Internet and American Life Project that says that it is likely that a catastrophic cyber-attack would have occurred by 2025, causing significant losses in life and financial damage.
“Intelligence agencies and governments are very concerned about it,” says Baylon.
She predicts that the most likely scenario would be a coordinated attack."In the event of major attack, we might see a series of simultaneous attacks on a number of areas, for example attacking a power grid and paralyzing communications networks at the same time.”
This, she says, is something we could see in the next five to 10 years. However she stresses that whilst “it is very hard to find solutions”, governments and experts are working very hard on the issue.
In his testimony to the intelligence committee, Rogers said: “The Chinese intelligence services that conduct these attacks have little to fear because we have no practical deterrents to that theft. This problem is not going away until that changes.”
The problem, Baylon says, is that security costs money, and critical infrastructures like power grids are ultimately businesses with a bottom line. Whilst they want to protect themselves, it is simply not practical or even possible to defend against all things, and moreover patching up vulnerabilities can sometimes inadvertently trigger a system failure.  “It wouldn't be possible or practical to defend against everything, either financially or otherwise,” she said.
“We need to be more careful than we are being and make sure that profit is not dictating everything,” says Baylon.
(source)"

A generation or two ago, families had the good sense to always maintain a good food storage program because they understood that bad things can happen to food supplies. At some point, America became complacent and assumed that there would never be a time when we couldn’t get in the car, drive to the grocery store or restaurant, and find exactly what we wanted in bountiful quantities at cheap prices. That is not a good assumption. Now things are starting to return to a more sane idea that every family should have their own secure food storage plan. Food storage is still viewed as a somewhat quirky, semi-paranoid idea, but anyone reading The Southern Agrarian understands that it is a very wise move.
These are some notes compiled by a relative who spent forty days living entirely off of stored food supplies. I have known him for my entire life. He is a physician, and looks at this from a very analytical and physiological standpoint. I found myself modifying our family’s own food storage program after following his experience during those forty days.
The first few paragraphs are probably the best that I've seen that express my sentiments towards food storage. I know that my Grandparents always had a deep solid pantry from which to eat from, and my parents did as well. A cook that I used to work with had a pretty solid theory that "women don't know how to cook until they are in their 30's."

Most of my generation has lost the ability to cook at home, and/or the prudence to have a few weeks worth of food in their home. What do you think?


Taken verbatim from  http://www.southernagrarian.com/food-storage-wisdom/   additional information  by clicking the link.

Why Parents Need To Be Involved In Their Kid's Education

We were loading up the car to get the kids to school and I asked Row and Red Ant if they knew what yesterday was...

K: Do y'all know what today is?
Row: Yeah! They were talking about it in school yesterday.
K: Okay, what's today?
Row: (smiling) It's Vegetarian Day!!!
K: Uhh, no. It's Veteran's Day. It's when we honor all the people that have served our country.

Thank you for all that have sacrificed and served our country. Our family appreciates you.

Keep Right On Prepping - K
Posted by K No comments:

A New Prepper and Questions For My 5 Readers

I was over at Harry Flashman's blog and he introduced a new prepper blog to our community, and it got me to thinking. What would you have done differently, if you could go back in time with your current knowledge. This only applies to prepping, and not subjects like "I won't have married XXXXX, or I would have invested in Apple, Google, and Amazon" Before we get started, pop on over to The Popwell Homestead and say hello, a link has been provided. 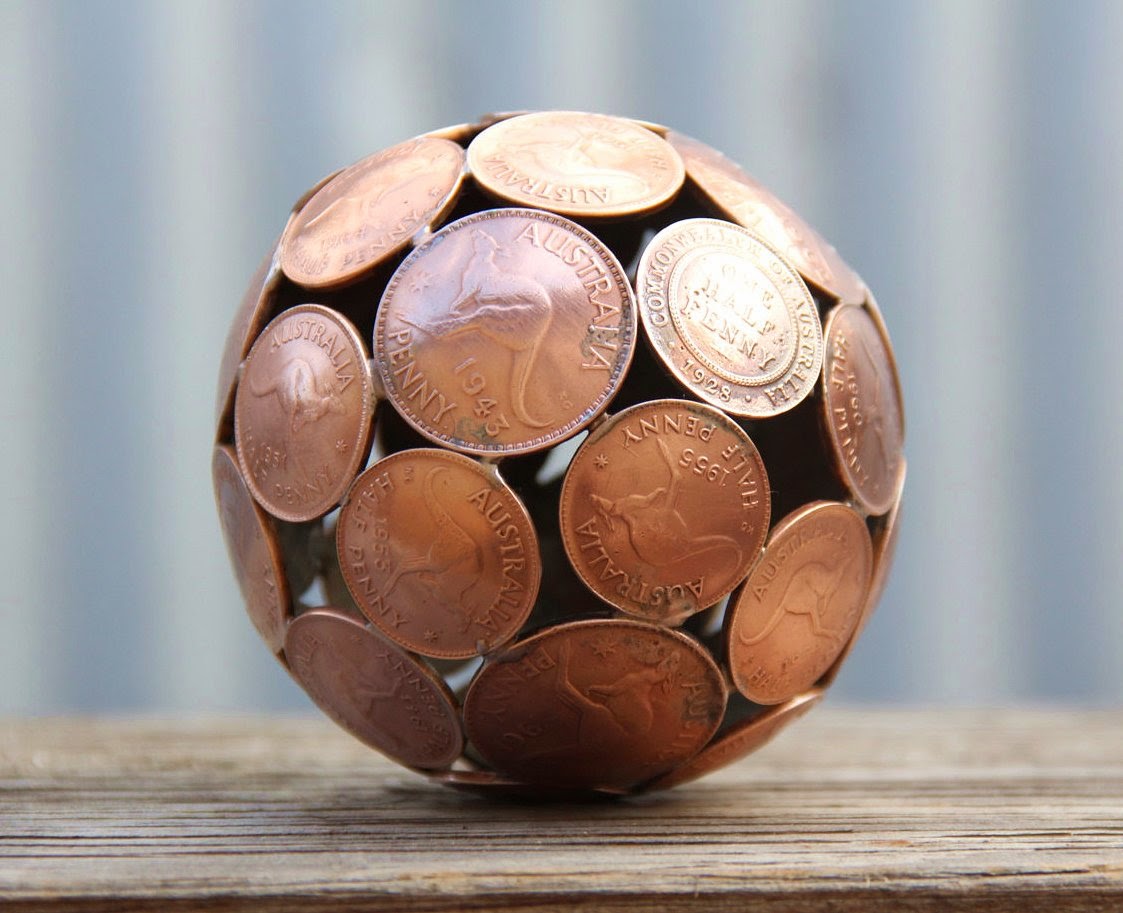 I'll go first. Things I should have done....
Things I'm proud of doing....
Here's the question portion, you can answer here or hop on over to The Popwell Homestead and hijack her comments section there.

Email ThisBlogThis!Share to TwitterShare to FacebookShare to Pinterest
Labels: Preparation

And what's with the Christmas decorations already out? It gets earlier and earlier every year.
Posted by K 3 comments: 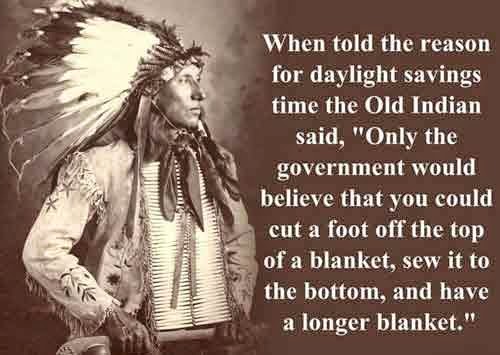