It is official. I took my final exam on Wednesday for Emergency Management and will finish the course with a B. I also stopped in to see my professor about my MRI practicum and ended the course with 98%, so I'll finish an A.

I now have my BSRT (Bachelor of Science in Radiological Technologist). I'll walk in May of 2016 with High Honors. 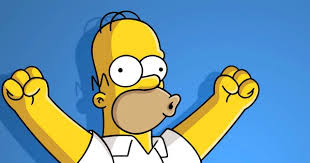 For my long time reader, the last graduation was for my Associates Degree [95 hours] for RT.

Obama said on July 14, "As I said yesterday, even with this deal, we will continue to have profound differences with Iran: its support of terrorism, its use of proxies to destabilize parts of the Middle East. Therefore, the multilateral arms embargo on Iran will remain in place for an additional five years, and restrictions on ballistic missile technology will remain for eight years." [my emphasis]

So, America has made a deal with Iran and they have already broken it, yet Obama hasn't said a word about renewing the economic sanctions against Iran. No wonder none of our enemies are worried about the paper tiger that the Obama regime has created.

In my world, the Mitsubishi needs about $2500 worth of transmission work. It isn't worth that much, so I'll be looking for another vehicle. I've got a line on a 2009 Ford F150 that I'll be looking at next week. 168K miles but no leaks or other issues, plus I'll need a truck for the eventually homestead. That coupled with the new family car will leave us with 3 vehicles so it'll work out.

The rent house needs a new roof, and that will done very soon. I'm just waiting on estimates to come in and people to look at the property for estimates. Should it really be this hard?

Here is a link to get your FREE 2016 Arkansas calendars all compliments of the tax-paying people of Arkansas. 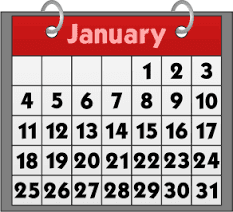 A limit of 5...use that money to buy a few more preps.

Posted by K No comments:

Our pantry is important because it allows us to stockpile items when they go on sale. One of our house favorites is Classico Spaghetti sauce, and it usually sells for about $2.18 [Walmart] and as low as $1.88 [Kroger].  The entire family loves spaghetti night, and it's a cheap eat. 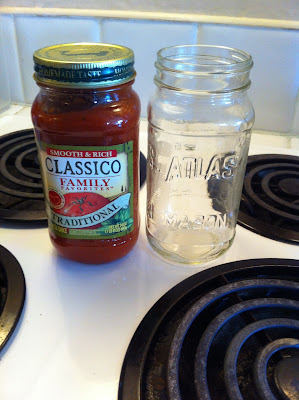 The empty jar is also a nice mason jar that can be used for home canning afterwords. It is NOT a wide mouth jar, and the label does take some time to wear off the sticky, but that is my only complaint. Heck, it can even triple duty as Hillbilly glassware when the SHTF crew shows up at your house. 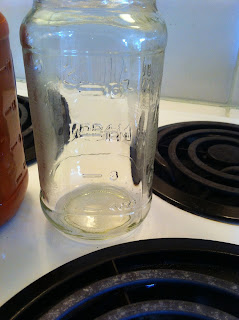 The sides are even conveniently marked up to 16 fluid ounces, so it can be an impromptu measuring cup as well. Classico gets our endorsement!

For serving America during it's time of need, without reservation, without remorse, without fear, You were "The Greatest Generation".

Without a doubt, America is in a decline. There are many world powers, and groups that would like to see the USA burn. It would be hard for any country to go toe-to-toe with the United States, and hopefully they realize that with a well-armed citizenry [2nd Amendment] that any invasion would be futile. The best way for any nation to defeat the US is to let it crumble from within, which seems to be working. Sun Tzu anyone?

My greatest fear, and personal leanings towards prepping involves the explosion of a small nuclear warhead high in the stratosphere over the continental US by a terrorist organization. The resulting EMP would destroy the power grid, and the electronical advantage that the United States enjoys over other countries. A massive die off would follow....

Email ThisBlogThis!Share to TwitterShare to FacebookShare to Pinterest
Labels: 12-7

"The case was dismissed after the guilty verdict was appealed to the circuit court in White County. Richard Chambless was arrested in August 2015 for illegally carrying in a Bald Knob McDonald's. Police were concerned he had "intent to cause harm." However, after going from guilty to dropped charges, the open-carry debate is open ended once again.
"I'm very happy for Richard and gun owners in Arkansas," said Shane Ethridge, the defense attorney for Chambless." [link]

It looks like it will be challenged in court again, but this case does set a precedence for future court cases. It ain't over yet....