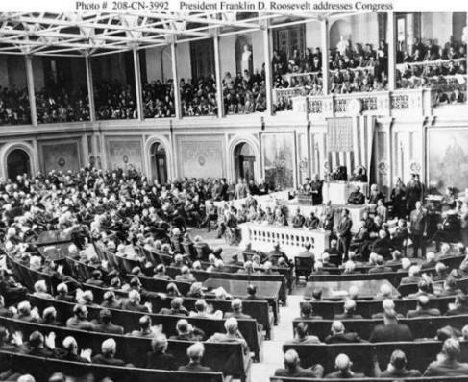 For serving America during it's time of need, without reservation, without remorse, without fear, You were "The Greatest Generation".

Without a doubt, America is in a decline. There are many world powers, and groups that would like to see the USA burn. It would be hard for any country to go toe-to-toe with the United States, and hopefully they realize that with a well-armed citizenry [2nd Amendment] that any invasion would be futile. The best way for any nation to defeat the US is to let it crumble from within, which seems to be working. Sun Tzu anyone?

My greatest fear, and personal leanings towards prepping involves the explosion of a small nuclear warhead high in the stratosphere over the continental US by a terrorist organization. The resulting EMP would destroy the power grid, and the electronical advantage that the United States enjoys over other countries. A massive die off would follow....

Email ThisBlogThis!Share to TwitterShare to FacebookShare to Pinterest
Labels: 12-7