The boys had two choices: Bunk together and have a play room or individual rooms. They decided that wanted a play room. Today's project was getting their play room ready. All the toys have been culled and sorted. Either trash, garage sale, or pressed into service. 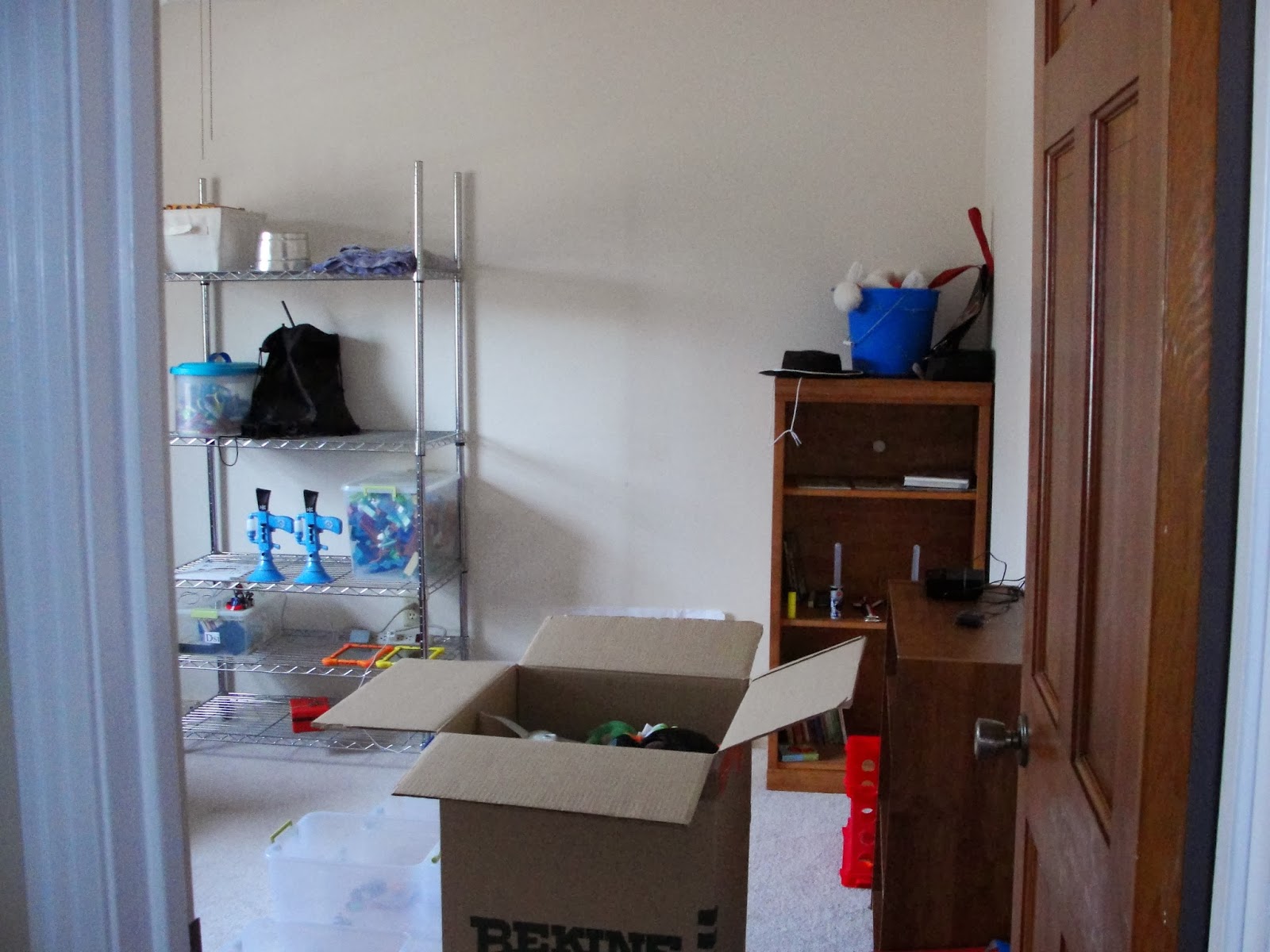 Phase one was getting all the furniture and items into the play room. Quite a task. 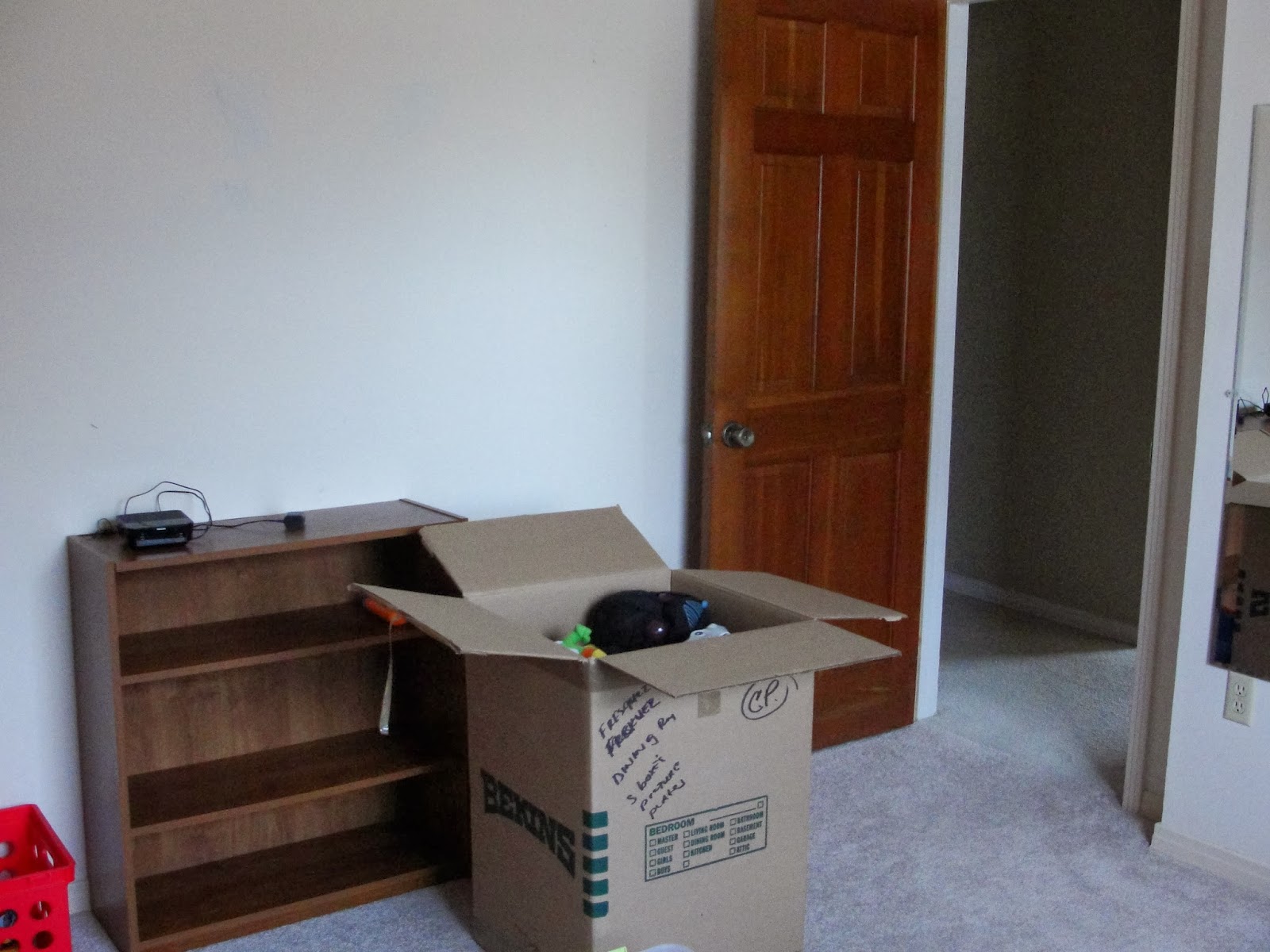 The bookcase will house the Wii and the TV will get onto to the wall sometime this weekend (school and time permitting). The boys lucked out because the old projection TV was going into their play room, but the narrower doors wouldn't allow it. So, the projection TV is once again being used for the living room. We have been talking about getting a new flat panel TV for the living room, but we can't justify spending money to replace the 65" while it is still performing like a champ. Maybe next tax refund... 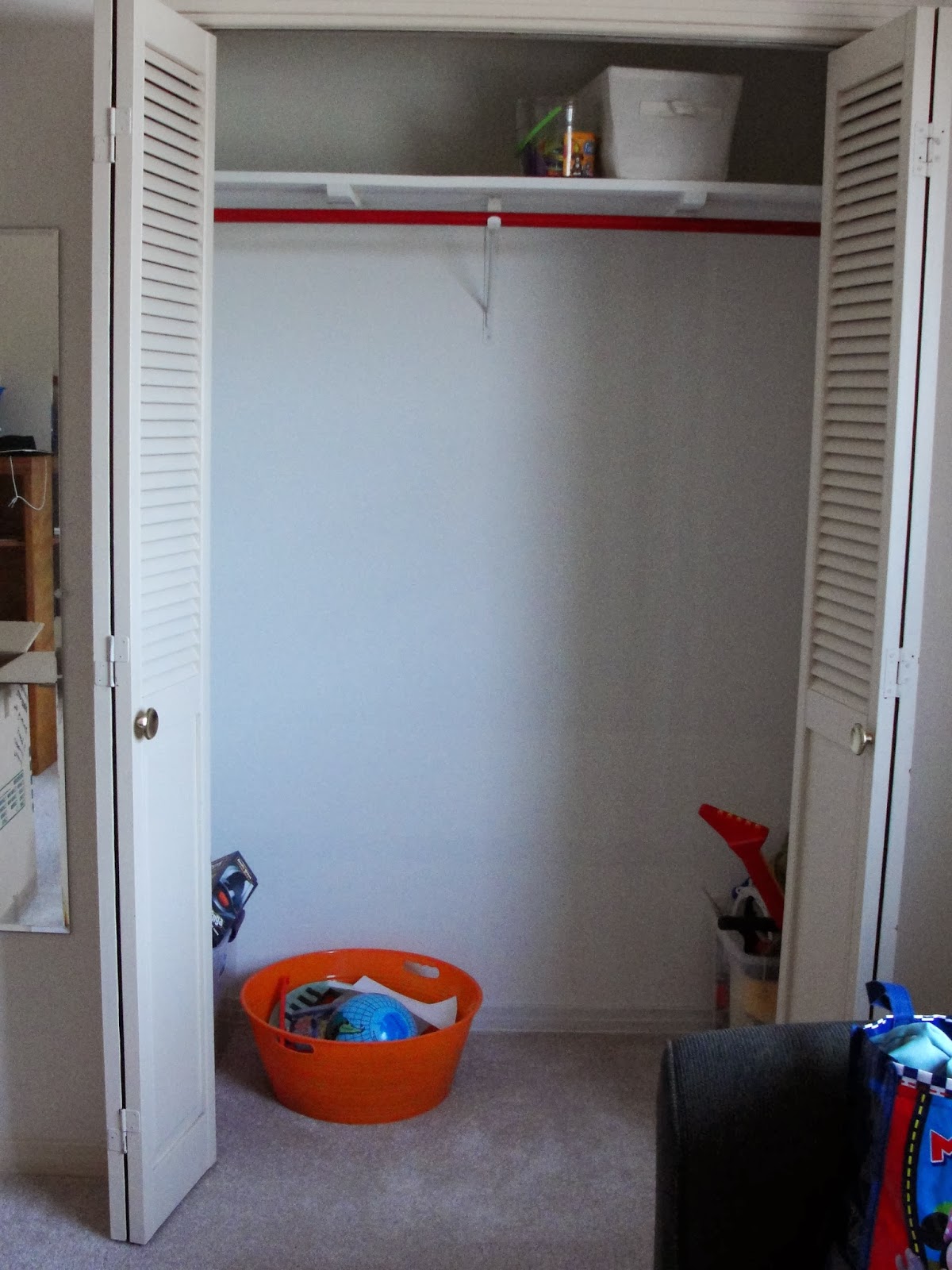 The closet is lined with 2 plastic bins and the orange container for misc. toys. Sweetheart wants to put a wire rack in the closet, so that the room doesn't seem so small. 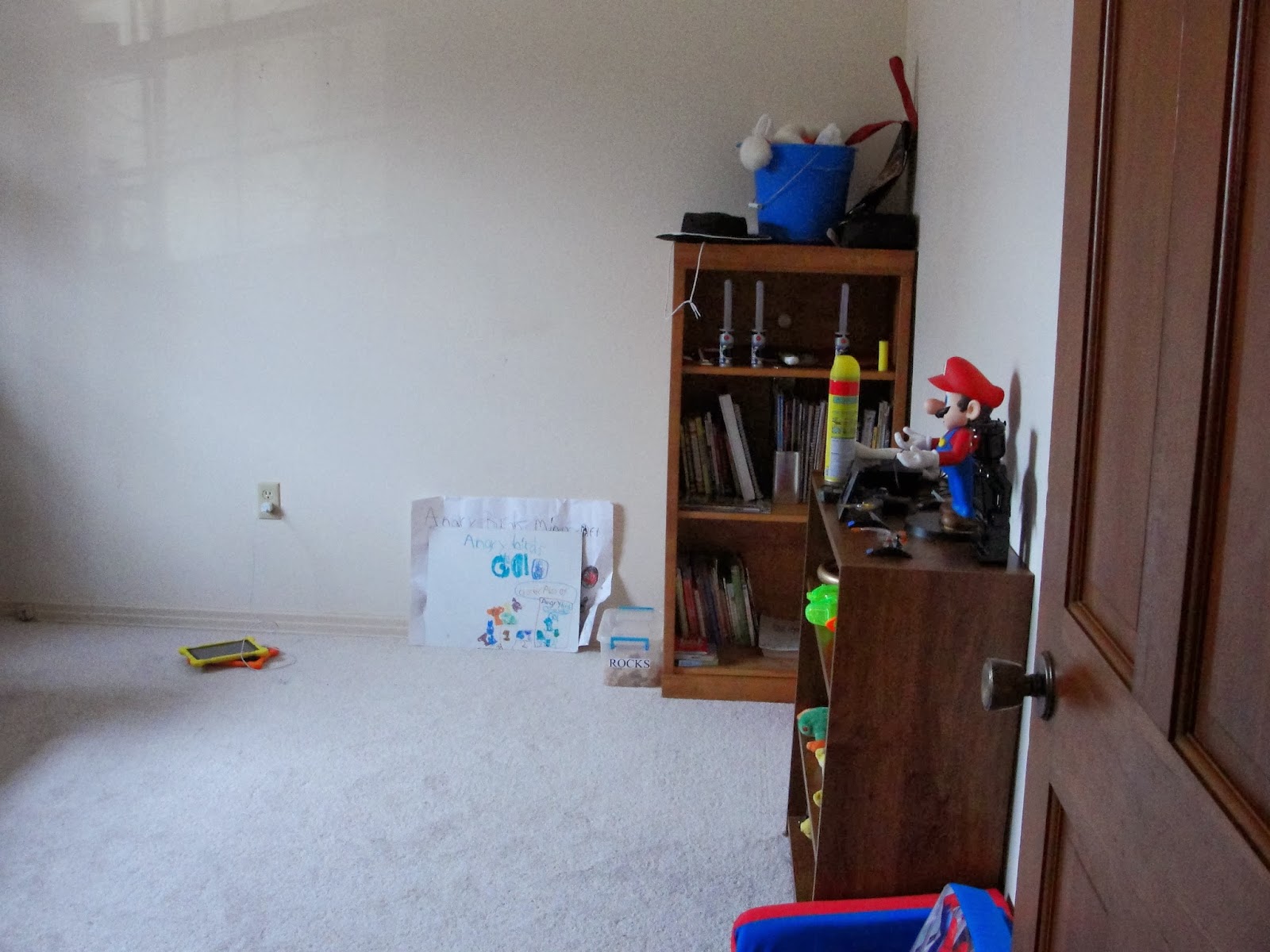 The bookcase in the corner will get more books once we find the rest of them. 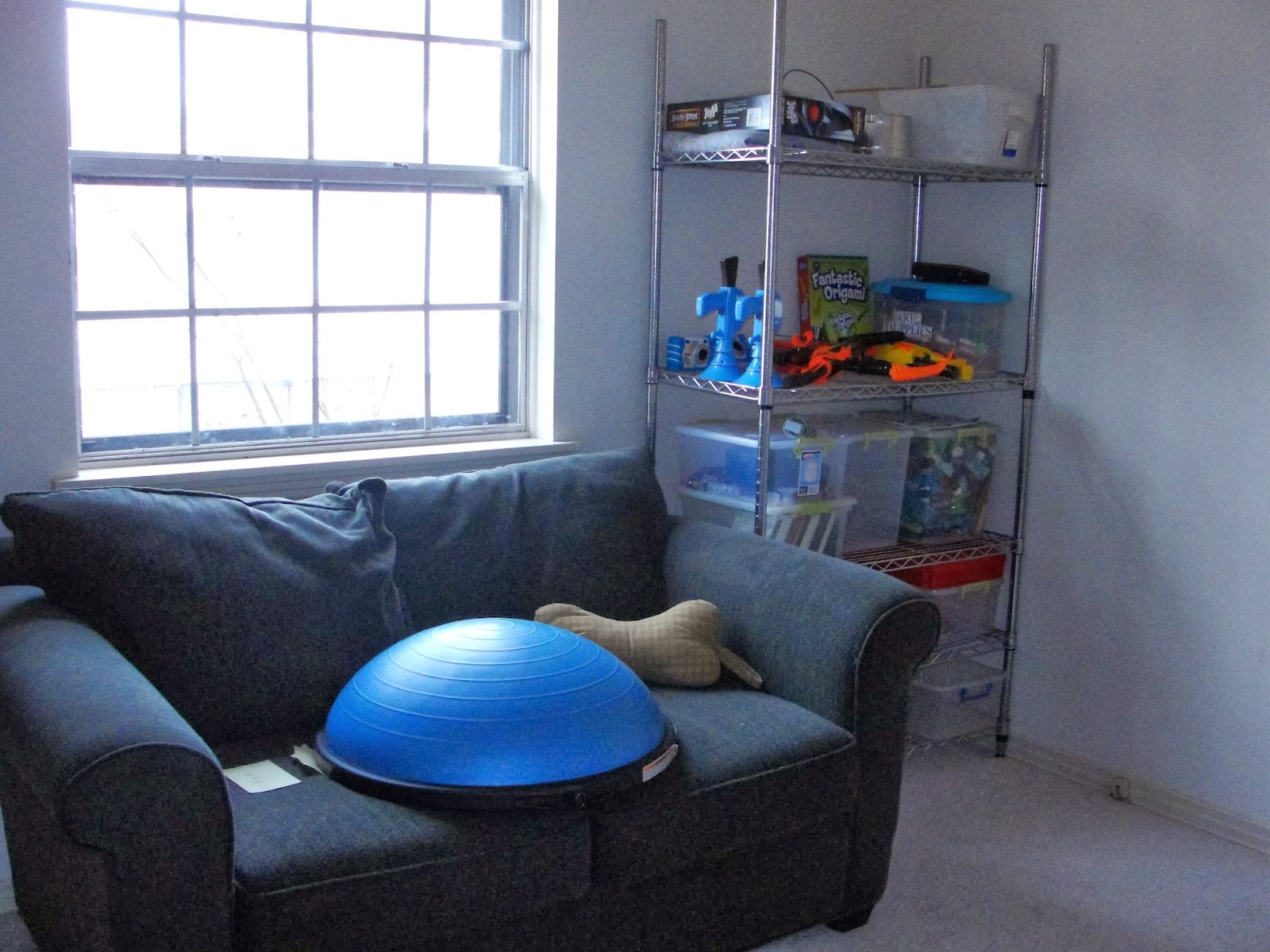 The couch was a donation from brother-in-law. It has seen much love over the years, but fine for the boys to jump on doing gaming sessions. 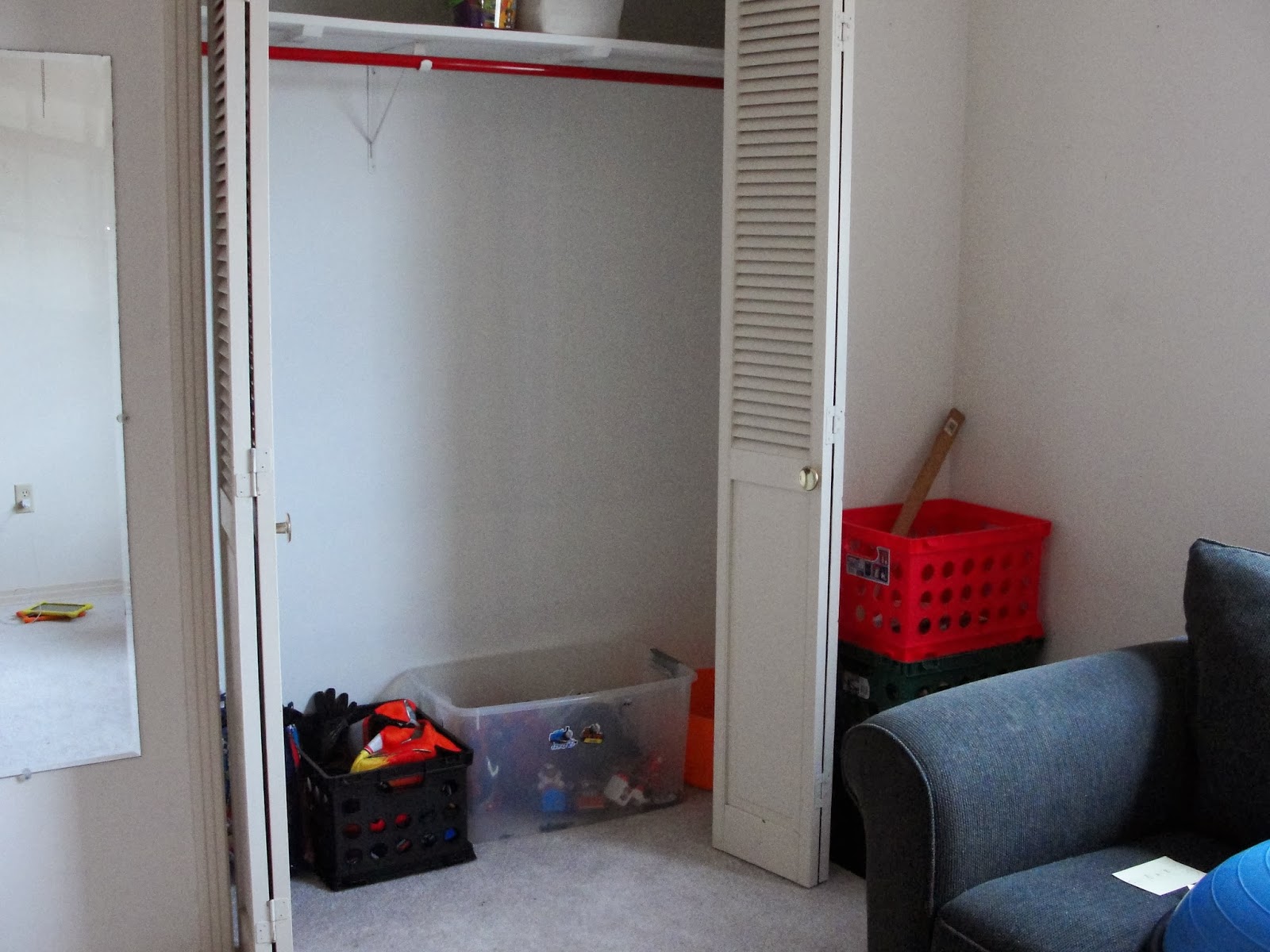 The milk crates in the corner contain homemade wooden blocks and homemade cars that their Granddad made for them. The blocks have been used for Thomas the Tank engine all the way to Angry Bird Jenga. Who knows what other purposes the boy's imagination can use them for.

The internet finally got hooked up today...after Sweetheart missed a day of work. They were supposed to leave the old house internet connected until the new house was connected. Figures. Sweetheart will have to work on Saturday now.

Anyways, I have to spend some time on school since I have 3 tests next week that I haven't even started. I'll be posting the progress, and renovations as time permits.

Keep Right On Prepping- K and family
Posted by K

Email ThisBlogThis!Share to TwitterShare to FacebookShare to Pinterest
Labels: House