Does Any of this Ring a Bell?

Hurricane Katrina was a real wake up call for the people of the United States. At least those that were paying attention to the news. We watched New Orleans. We watched the federal government fail. Now, I'm not advocating relying on the government, because I firmly believe what the bible says, "For even when we were with you, we gave you this rule: 'The one who is unwilling to work shall not eat.' " 2 Thessalonians 3:10 NIV  ( To read the full text surrounding it, follow the link Bible ) 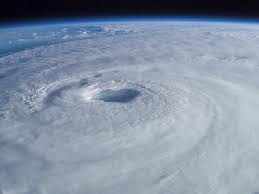 The government has also failed "We the people". It has failed to protect the border...ask any Border Patrol Agent. It has failed to keep a budget. The politicians have raided the vault and spent money like it is their money. Wait, they spend it like it is your money. The government has passed "free trade" agreements that destroy our way of life and lower the standard of living for most Americans. The first people to lose their jobs are going to be the lowest paid, not the CEO that makes the decisions.
There is also a feeling that things are going to get worse. A gut feeling has been described by nearly all of the preppers I've gotten to open up.  "Waiting for the other shoe to drop" has also been mentioned.
Let's also face another fact. America has been selling fear for a long time. The best way to combat fear is to learn and prepare.This is why I think we prep.
Posted by K