Truth from a child

I took the kids to a national hardware store yesterday. We were walking around, well one was riding on the side and the other was inside the cart. The oldest decided that he was going to boss me around. 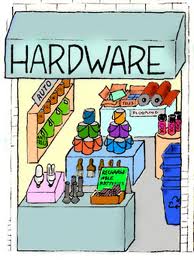 Finally, when I had had enough, I told him, "You're not the boss of me. I'm the king at the house".
The oldest replied, "No you're not".
I expected to learn that Mommy or he was the king, so I asked, "Then who's the king?"
Without missing a beat he said, "Jesus."
I laughed out loud because he was right, and told him so. This is one of the many reasons that I love being a Dad.
Posted by K