According to the new monthly catalog I received yesterday, this MRE is only available for 2 more days (Aug 1)  from Emergency Essentials . It should become available like the Lemon Poppy Seed Pound cake sometime in the future if you miss it this round. 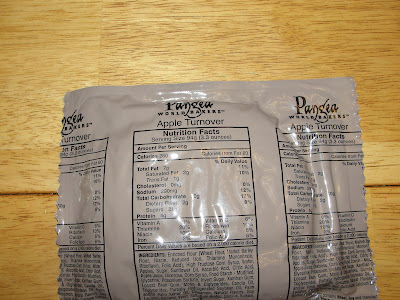 Expectations:
I knew better than to expect the nice puff pastries from the deli , but I was hoping for something similar. I nice triangular pastry with a white glaze over the top would be so sweet. ( Pardon the pun ) 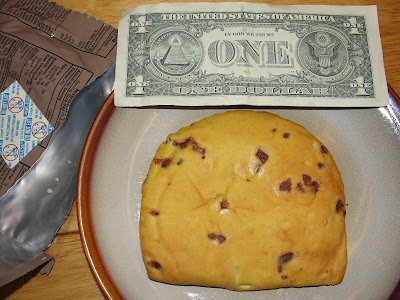 I'll start off with my youngest son,  Red Ant, who was really having an off night. He didn't like the chicken and dumplings and was really acting out. He took a very small bite, and said he "liked it". Sweetheart offered him another and he didn't want anything to do with it. I'm thinking that if he does take another bite, then that a sign that it gets his approval.

Row, our six year old, immediately said, " I love it!". He then ate the rest of his quarter apple turnover, but didn't know what to think about the apples squishing out the side of the turnover.

Sweetheart's first reaction was "Cinnamon!" Her critique went as follows, "Almost too much cinnamon, it distracts from the apples. The apples have a good texture." I think that she liked it. For her, the whole apple turnover was similar in texture and shape to the Filled French Toast.

Dear Mom was also with us for dinner and the movie Aladdin, and she liked it better than the carrot cake from the previous week.

I had already eaten one as soon as the package arrived. I thought that they were very good. Probably on par with the Lemon Poppy Seed Pound Cake. These two would be my first two choices when the cache is first opened up. It goes without saying that it gets my approval. 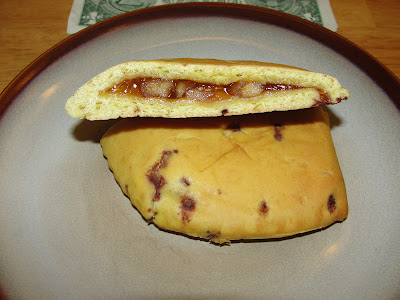 We will be ordering these again. They priced in at $1.80 each, and I thought it was a reasonable price to pay for a dessert that can be stored for 5 years at 70 degrees. We ordered 20 this round, and will be ordering another 20+ whenever they become available again. I think that if I offer them again to Red Ant, he would have a different reaction to them, but it still didn't get a star from him at testing time.