Sweetheart and I have been having an off and on again discussion about old time stores. Especially those that require little technology, but were in heavy demand back in the day. The discussion came about when we were watching "Lonesome Dove" on Netflix. It seemed like every western town had a blacksmith, general mercantile store, saloon, barber shop, church, and hardware store. 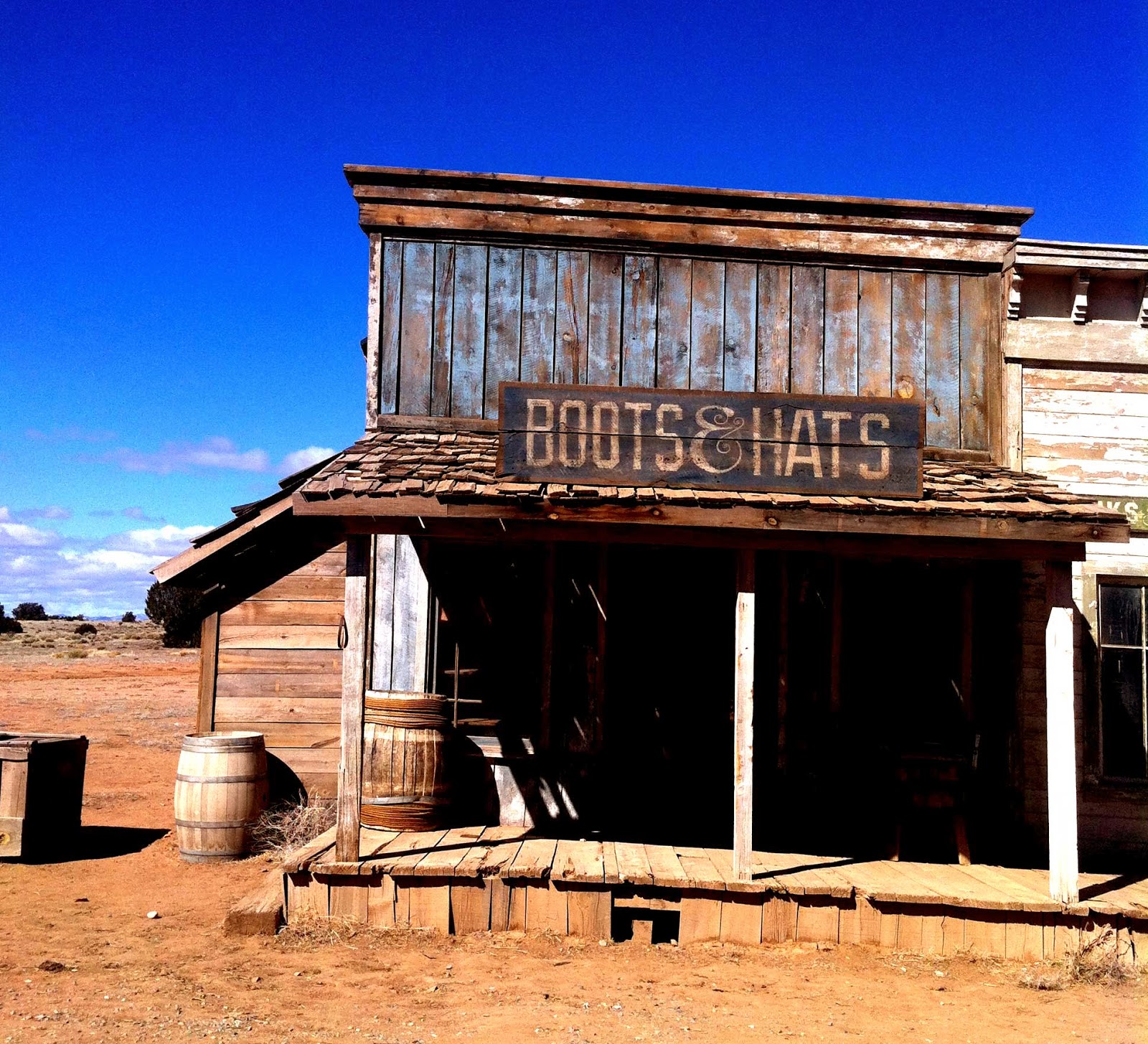 I guess the only real essential three would be the general store, hardware store, and blacksmith. Places to buy things that the general population couldn't forge or make themselves. Most everyone was self-sufficient to some degree, and produced just what they needed, with a little extra to barter and trade for those items they couldn't produce themselves.

I guess the remaining three could be lumped into the socialization business. For those that played D&D, the Lawful alignment would be at church, the Chaos alignment at the saloon, and the neutral alignments at the barber shop just watching and gossiping about the other two. You can take the alignment test here, if you are so inclined. (FYI: my alignment was neutral.) A place to have your laundry washed is also a nice low tech store to own, but it would need to be more of a transportation hub to be profitable.

A lot of my thoughts towards good SHTF business models have evolved from my backpacking experiences. A good hot bath and a good meal are always on the top of my list when I return to civilization. The meal is usually a pizza that gets delivered. A good bottle of wine or an ice cold Coca-cola are always welcomed as well. I won't even get started on the concept of electricity after a week in the woods.

With the exception of family, my biggest treats when returning from the wilderness are being clean, well fed, and sleeping in a comfortable bed. Of course, I have to mention heat. It's usually the coldest part of the winter when we go camping.

I guess if I had to open the ultimate store, post-SHTF, it would be a traveler's rest stop where one could have their laundry down while you take a hot bath, get a good solid meal, a drink, and a good night's sleep. Of course, I'd get the scoop [intel] on what's going on in the surrounding area while providing a service. I'd also like to be able to resupply a traveler's food bag with local foods and gear. This would also help out the greater community with a source to trade their goods.

So, what would you do post-SHTF as an entrepreneur?