Dark Clouds on The Horizon

Buried today in the economics of the news, I found a little tidbit that hasn't recieved much attention by the traditional media here in the United States. According to the IMF, China has passed the United States as the world's largest economy. (2nd source) (3rd source) 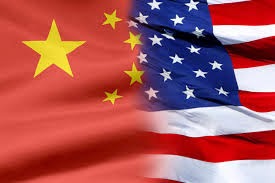 Wait. Mark Twain that there are three kinds of lies: Lies, damned lies, and statistics. The IMF does some tweaking with the numbers, "economists try to adjust for what a dollar buys in different countries by seeking out prices of goods and services..." Basically, they are saying an orange in China is a quarter, and in the US it is a half dollar, and then compare the two economies to over simplify it.

We can take away a few things from this new tidbit. With China's population, it will become the world's largest economy. The only thing keeping it from happening is that domestic demand isn't as strong as the export business.  When domestic demand overtakes the export side of the China's economy, the yuan won't need the greenback anymore. China will exert it's influence and demand that trade deals, like those already being forged, will have to be denominated on their currency. Slowly, bit by bit, the Chinese will undermine the US dollar as the world trade currency.

The ironic part, is that the American consumer is willfully letting it happen to them by buying the Chinese made goods, of which, I'm guilty.

Prediction: Look for Radio Shack and Sears to be out of business by the end of the year. Radio Shack for cheap Chinese made goods and being over levelaged. Sears for Harbor Freight denting their bottom line with cheap tools.

Email ThisBlogThis!Share to TwitterShare to FacebookShare to Pinterest
Labels: Economics