During the Little Rock Razorback game, we took a trip down to Little Rock and visited the replicas of the Nina & Pinta that had docked downtown. The crew complement for each was 24 and 26, respectively. The crew slept on the deck, as the area below was for food and supplies. Today, the crew complement is 9 and 7, and the sleeping conditions are much much better. We were only allowed to tour the topside, but I would have loved to stomp around the ships and get a better feel of the lifestyle of the old-time sailors.

The ships were actually covered in pine tar, hence the painted black look of the ships. The first voyage lasted for 7 months, with the actual crossing of the Bahamas being 33 days. During the Q&A session, I asked about how they stored their water for the crew. It was stored below, and/or purified with wine. The alcohol from the wine killed any bacteria. This could make for another very good way to purify water...a very watery wine, which was typically used in the ancient Mesopotamia region for safe drinking water. One of my college professors stated that it was very common for a person to go from the cradle to the grave without having drank any water. 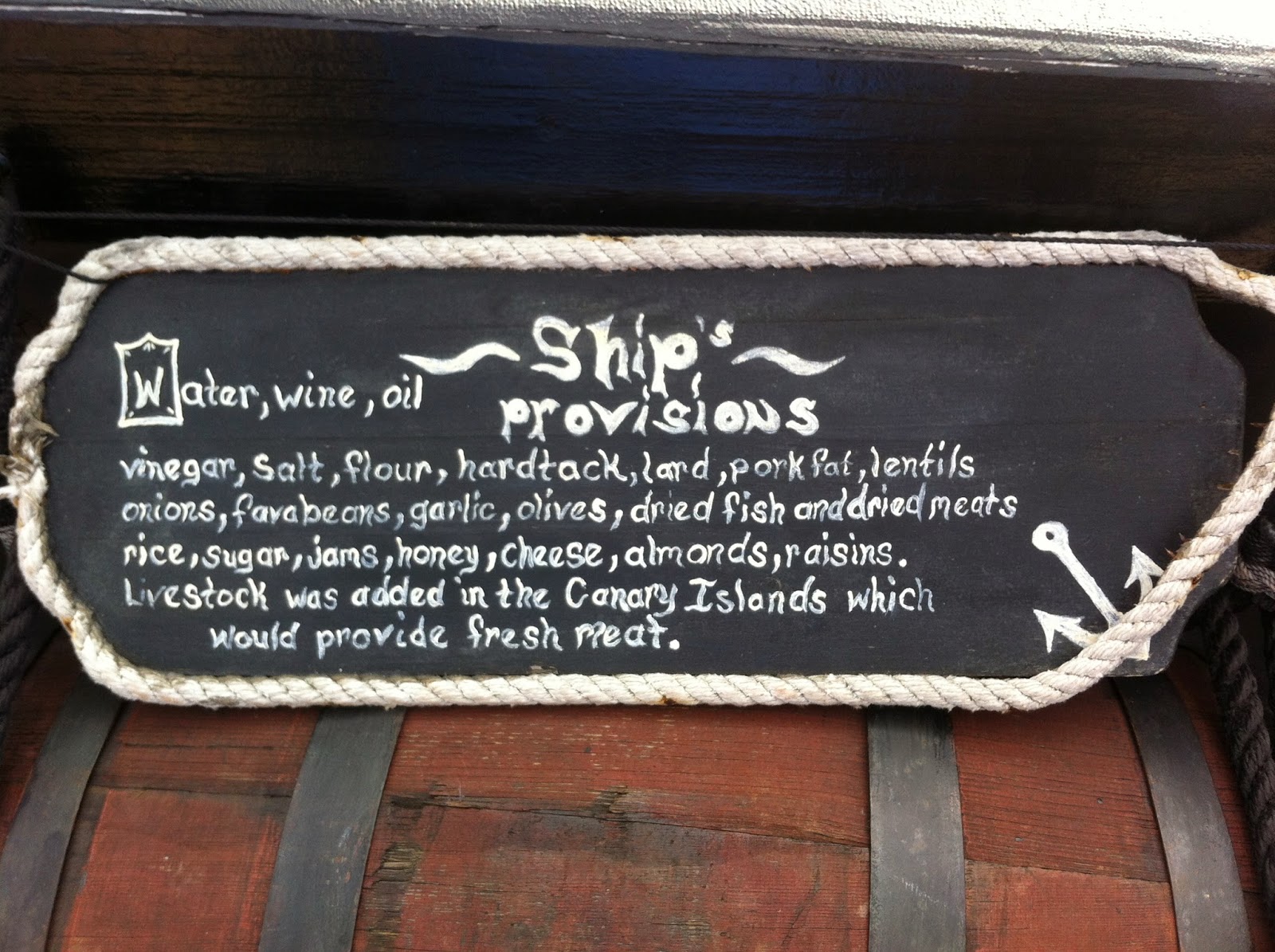 You can read the food storage that the ships brought along for their trip. Pioneer Preppy will be glad to see lentils on the list. I was a bit surprised to see rice, lentils, and almonds on the list. I would be very interested to see the manifest describing the amounts carried though. Maybe it will be a research project of mine....

So, what are your thoughts?

Email ThisBlogThis!Share to TwitterShare to FacebookShare to Pinterest
Labels: History