It seems a shame that the 9-11 attack didn't produce better results.

We still have an open border, where we have to classify illegals into 12 categories so that they can stay here.

A surveillance state where the government spies and collects information on it's own citizens more that threats from foreign powers.

The EMP commission has recommended shielding our electrical system, but politics has made our power system more vulnerable each passing year.

We should pay more and respect our armed forces that put their life on the line for this country, and make the patriot route a viable career choice. 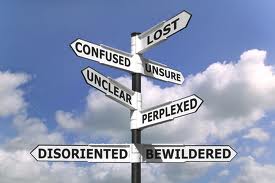 The finance and appeasement of governments that want to see the United States defeated and burned to the ground.

The division of the American people against one another instead of building a united peoples for a strong and proud nation.

The import of 100,00 Muslims that will create their own enclaves rather than joining the "melting pot".

The erosion of our constitutional rights, Bengazi, Fast and Furious and other illegal activities without repercussions on the offenders.

Another Reason to Keep Right On Prepping - K
Posted by K