We actually tried this with another MRE which was reviewed last week. The current price at Emergency Essentials for each of the packages is $1.25, with four bread sticks being in each package. 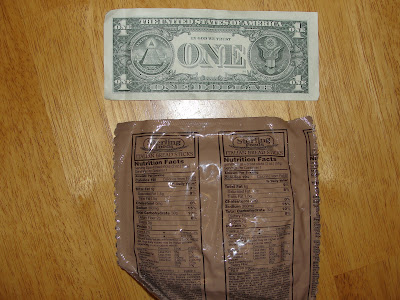 Expectations:
I was expecting a lightly herb flavored bread stick with a fluffy texture. 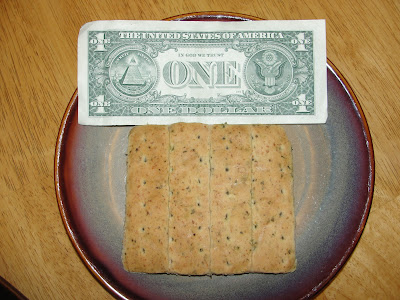 I will try to start off with my kids first, since this is the main reason that I am doing these reviews. I want to know what they enjoy, and what they will eat.

Red Ant, the three year old, was excited just to see them, and immediately took a bite. "Yummy!" was how he described it, and he finished off his half of a bread stick. It did have some butter on the top, and in all fairness, he does like butter. I usually try to do just a plain, no frills, or added condiments to these reviews since they might not be available. It just seems wrong to not have butter with bread.

Row, our six year old, was less than impressed with the bread sticks. "I don't like this" were his exact words. I couldn't talk him into another bite either.

My lovely wife, on the other hand, should be a food critic. Her thoughts are usually more involved than my typical guy responses. She said that she would "eat it, but don't really care for it." The herb flavoring of the bread stick reminded her of a herb flavored bouillon. The texture was also more caky than a true bread.

I thought it was too much herb flavoring. Was it too much oregano or basil? I did finish the entire package though, so that should count towards something

The price of the bread sticks was a big concern of mine. The two ounces of bread makes for an expensive MRE for the return on investment. This MRE gets three stars for taste, but I would rate it only one star for value. The one star coming from my youngest son.