My Second MRE is Potato Cheddar Soup flavored with bacon for $1.60. 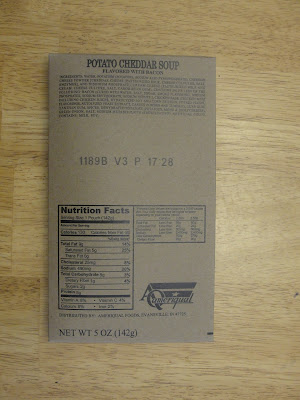 
Expectations: I expected the soup to be fairly comparable to Campbell's Soup. 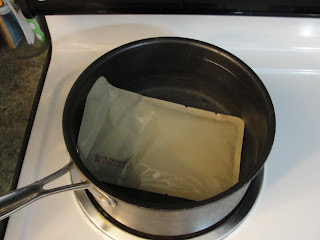 Any packets will be heated using a pan of boiling water. I heated the soup up for about 15 minutes. The smell and consistency looked like it should. The potato chunks were a small diced size maybe 1/8". The flavor was a nice potato flavor with an bacon finish. I was disappointed to see that it was only half a cup of soup. My DW said that, "It's cheesy though". My oldest son said, "Doesn't taste bad at all". My oldest also enjoyed dipping his cheesesticks into it. The youngest, not so much. The kids didn't finish their soup. 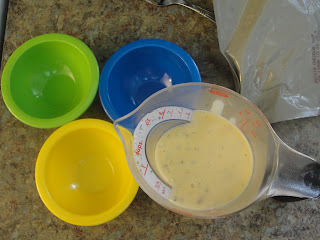 Final Thoughts:
The frugal side says that I won't be buying any more of this MRE. It would be more cost effective to purchase a can of Campbell Potato Soup and place it in two ziplock bags. This would prevent moisture from becoming an issue with the integrity of the can. That being said, if you wanna blow your money go ahead. I'll buy two cans and get four times as much soup. 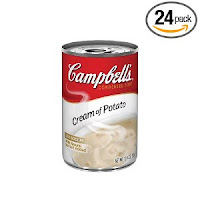