We thought that we would play it a little safer for the sake of the boys. We don't want them to become negative every time we pull out an MRE for a review, so we occasionally pick desserts or sweet treats. 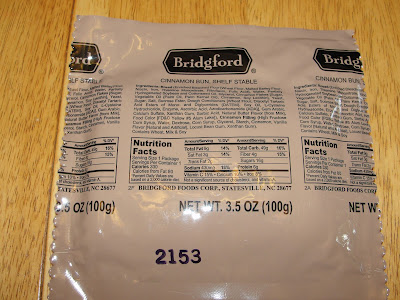 I would love to have a sticky sweet cinnamon roll with the a sugary coating, but I know better from previous MREs. 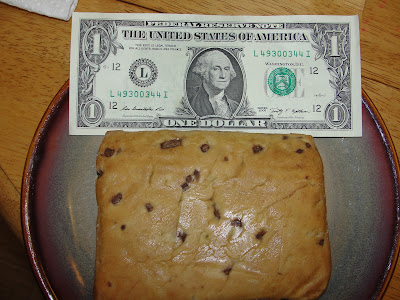 Row, the seven year boy, took his usual cautionary bite and said that "I really do like it", but didn't want a second piece. We have begun to issue a star for the boys if they take another sample. So, since he didn't want another sample, no star. He did finish his first small sample, but we don't give half stars on our reviews.

Red Ant with Pincers, the four year old, only said that he liked it, and he took another sample.

MIL had a very simple and elegant approach to the MRE reviews. She rated them according to if she "would eat this on a hike or a march". She liked the compact texture of the MRE, and said that "it was good enough to eat."

Sweetheart liked the texture and the taste of the cinnamon bun. She compared the cinnamon flavor to the Hostess fruit pies and commented that the flavor was throughout the entire MRE dessert.

It was not what I expected, but I also knew better from previous experiences. The cinnamon bun took on a Poptart shape, and the filling was of the same type. The cinnamon flavor was good, but not everwhelming, The filling had an excellent flavor for a processed dessert. The bread texture was on the heavy side, much like all the MRE bread snacks. This MRE is the same variety as the Apple turnover and Cherry turnover MRE, but only with a different filling. If you liked any of the others, then it would be save to assume that you would like this one. 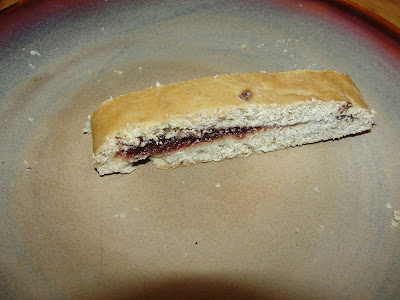 Compact, durable, and a long shelf life. It is flavorful, but not what most people would image a cinnamon bun to look like.