This is another of the new FSR ( First Strike Rations ) that we sampled this week. 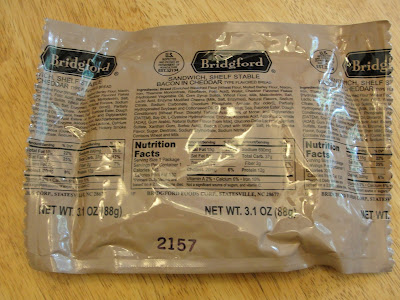 I've had the First Strike Sandwiches before, so I've got a good idea about the texture. The filling will be a new one, but how can you go wrong with cheddar and bacon? 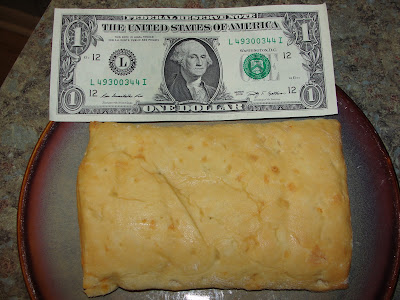 Row and Red Ant took their small nibble and said that they didn't like it. Down two stars with these two.

MIL was over for Mother's Day and got to sample this MRE with us. She thought that it was flavorful, and she liked it. The sample sizes were a bit small once, because I wanted to make sure that everyone got a taste of the filling.

Sweetheart wasn't overly impressed with the MRE, but thought that the bread was chewy.

This isn't shaping up to be a very long review, so I'll rough out the edges with my comments. The bread does have the same texture as most of the other MREs. The bread has a heavy texture, and picks up the flavor of the fillings. The bacon reminded me of pepperoni slices, and the total amount was probably around three slices [bacon]. This is a very favorable guess...The cheese filling was more of a coating, and did not ooze at all. I could easily tackle at least three of these sandwiches with ease. I would order these again, but the cost [of three] might put it out of reach for a meal. One star from me. 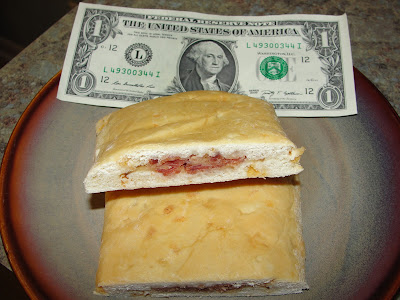 I was the only one that liked the taste, but the filling is a bit light as you can tell from the picture. A full belly would contain about three of these sandwiches. These will be on the B-list for ordering in the future.