We decided to do a safer MRE this Monday instead of the past two spicy entrees we have reviewed previously. 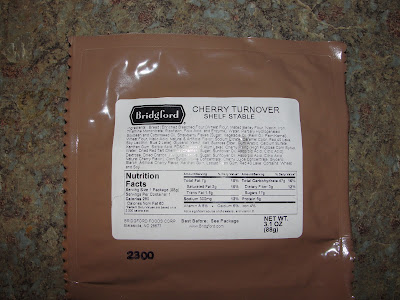 We have reviewed the apple turnover, so I'm expecting cherry instead of apple. 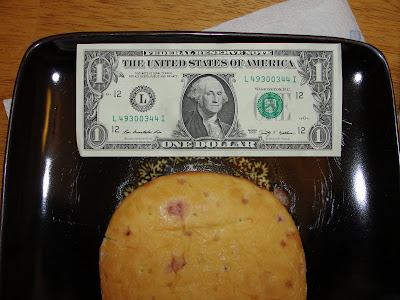 The first reviewer, Row, the seven year old, took his usual small cautious bite, and quickly declared that he didn't like it. I asked why, and he said that there were too many cherries, and it tasted like jelly. While he doesn't have a sweet tooth, I did find this interesting. I didn't press the subject, because we want to still keep this a fun time for Army men food reviews.

Red Ant, the four year old, parroted the same response when asked about why he didn't like the cherry turnover. This son likes jelly on his peanut butter sandwich on occasions, so this was another interesting turn for the review.

Sweetheart, thought that the smell reminded her of cherry pie, but the turnover had a small amount of filling when compared to a Hostess fruit pie. While the jelly is actually more of a jam texture, with small tidbits throughout, the cherry had a good flavor. The crust was a little disappointing for her, as it didn't have much flavor, and the texture was more like a danish than a pie crust.

I took an immediate liking to the turnover. The crust had a soft, moist, and chewy texture. The filling reminded me of a Pop-tart in flavor. The tidbits of cherry were a nice touch, but I would have liked to see a little bit more filling inside the turnover. 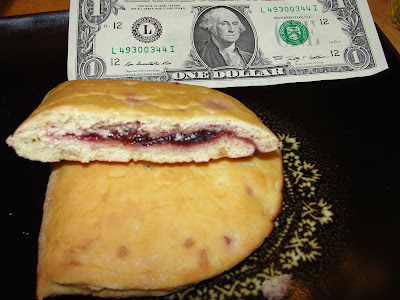 I've tended to like the dessert MREs more than the entrees, but then again I like desserts better than entrees. I did like the apple over the cherry, but that is just a personal preference too.

I would throw an extra one into my pack for a weekend trip without a second thought. The boys would probably eat it, and possibly enjoy it, if push came to shove, but it didn't earn their stars for the review.