I didn't have any frame of reference for this MRE, so we were pretty open-minded without any preconceived ideas. 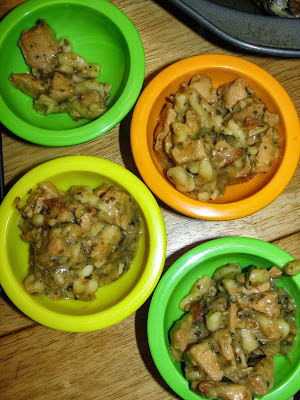 Row, the seven year old, has started to really be open minded about trying new foods unlike his younger sibling. He took a small bite and thoughtfully chewed it, then said "I don't know...it's pretty good". One of the qualifications for an MRE to receive a star rating from the kids is that they have to take another bite. He didn't, so no star for this entree from him.

Red Ant with Spikes, the four year old, took his usual small bite, shook his head then spit it out. He was really having an off day, and even managed a tear or two. He really hasn't enjoyed the MRE tastings lately, hence the week off. We'll have to pick a few that he might like, and hopefully get him willingly back on board with the reviews.

Sweetheart is not a big fan of pesto. She did comment that the chicken had a good texture, but the pasta should have been firmer. She also noted that it had the chemical taste again, and if we had more than one, she would donate them to someone else. The basil flavor was also too much in her opinion.

Usually I'm the one that doesn't like the MRE pasta dishes, but found this one pretty pleasant. I liked the nice chunks of chicken, which was plentiful, and it had a good texture. I thought that the pesto added a nice contrast to the rest of the dish, but thought that the pasta should have been al dente. I ate most of the MRE and noted that their was only one walnut piece that I found in the whole pouch. I don't know if it was a fluke, or a cost saving measure, but I was a little disappointed in the lack of walnuts. 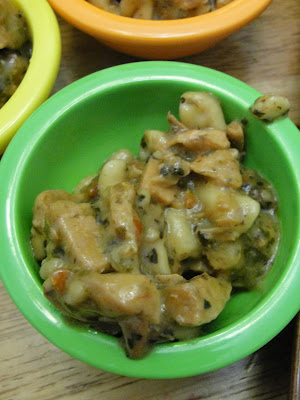 We will probably pass on this MRE. The highlight is the nicely textured and flavored chicken pieces, but the cost makes it an expensive protein to store.