"That's Not How Life Works"

I'll go ahead and throw my two cents into the great internet void of blogging about politics. In my youth, I was idealistic about government, and had the naive assumption that people actually wanted to help other people out by serving their district and country. After a few hard knocks by life, and watching politics for many years, I can safely say that I was young and dumb.

I guess that I'm still a little mad that my politicians don't have my young idealistic views of government and their job. When my Granddad found out that I was going to start looking for a job, he gave me a very small book entitled "Going the extra mile". I suspect by its age and condition, that he had had it for a very long time, and possibly given to him by his father. The message of the booklet was very simple. Do your best, and go the extra mile.

I suspect that America's true decline can be directly correlated to the decline of the work ethic. Of course, this is a two-way street, and the employer must be willing to reward the work ethic. We, the citizens, and employers of our government deserve to have our representatives of our Republic to act in our best interest. This means listening to all sides of the argument, and realistically compromising for middle of the road solutions. A true patriot puts aside his personal preferences for the common good. 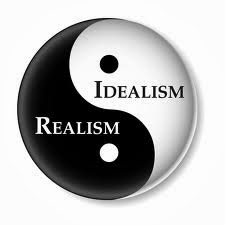 When did doing a good job become unfashionable? We inspired people to do their best and admired people that did their best. America used to be a beacon of light for the world's people, but our lamp has lost a lot of it's shine. "That's not how life works" is not a solution, it's an excuse. I guess that I still need some more growing up to do, because I'm still idealistic.

Email ThisBlogThis!Share to TwitterShare to FacebookShare to Pinterest
Labels: Government