Two is One Radio Day

Row had hijacked Sweetheart's radio that went downstairs in her office. Of course, Red Ant with Spikes wanted one too! For the loyal few that regularly read my blog, you might be wondering "Spikes?", I thought it was Pincers.


I was reviewing an old MRE post in which I asked him what he wanted to be called on the blog and he said "Red Ant with Spikes" so....

But back to the radio...I did a little on line research and found that Radio Shack actually had a few cheap Radios. How ironic huh? Anyways, we got there and they were running a September preparedness special on radios and for an added $7.00 we got the cool Eton Microlink FR160. I has a solar charger and hand crank on the side to charge the batteries. It also includes a flashlight and radio that is dial tuned.

The radios will be a good science lesson for the boys including: 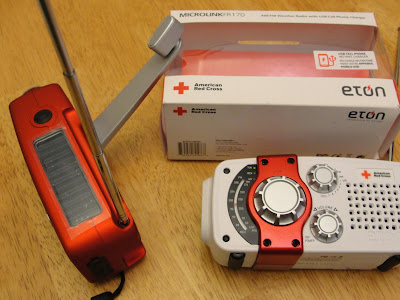 The biggest bonus is that it doesn't use any AA batteries, which means that if the boys leave it on all night, then it won't cost us a dime. The boys also get a real life lesson by cranking the handle. You get what you put into it. If you wanna give up, then you don't get many songs. 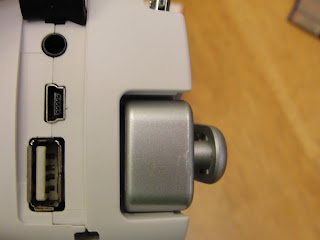 Both have a way to charge an Iphone. Plus, our family now has three little radios that don't require batteries.

Email ThisBlogThis!Share to TwitterShare to FacebookShare to Pinterest
Labels: Communications