Today's review is an entree from Emergency Essentials. 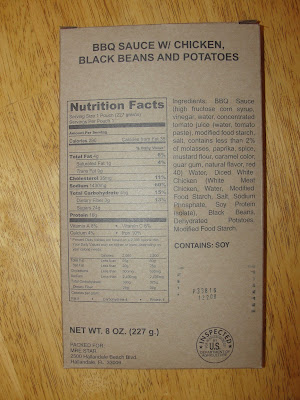 Expectations:
I really didn't expect too much and didn't start with a common reference point for comparison. 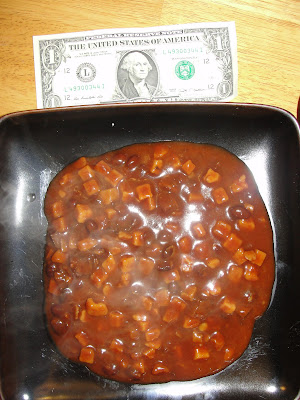 Row, the cautious seven year old, took a small bite and described it like this, " It has too much BBQ and it tastes like pee." Needless to say, it won't be getting a star from Row.

Red Ant with Pincers, the four year old, simply stated that " Don't like it." He was done with his reviewing of this MRE.

Sweetheart thought that the BBQ sauce had too much vinegar and too much sauce with the MRE. She also noted a burnt flavor with the BBQ. She commented that "If I had to eat it I would, but it would be at the bottom of the list." While not a ringing endorsement, she still gave it a star.

Myself...I thought that it had an off taste, and the choice in items for the MRE wasn't a good choice. Chicken, black beans, and potatoes might be good as separate items, but not together smothered in BBQ. The chicken was small and cubed and the seemed like an afterthought, at least proportionally speaking. 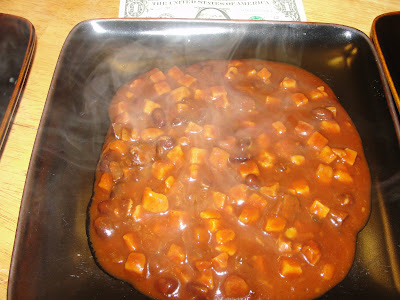 While I'm sure that this product has a niche to fill, It won't be it in my backpack. The MRE didn't get finished and it was better eaten with a spoon than a fork. This MRE would provide a different taste profile than regular MREs, which is about the only good thing I can say about this item. My wife would have more positive things to say, but....